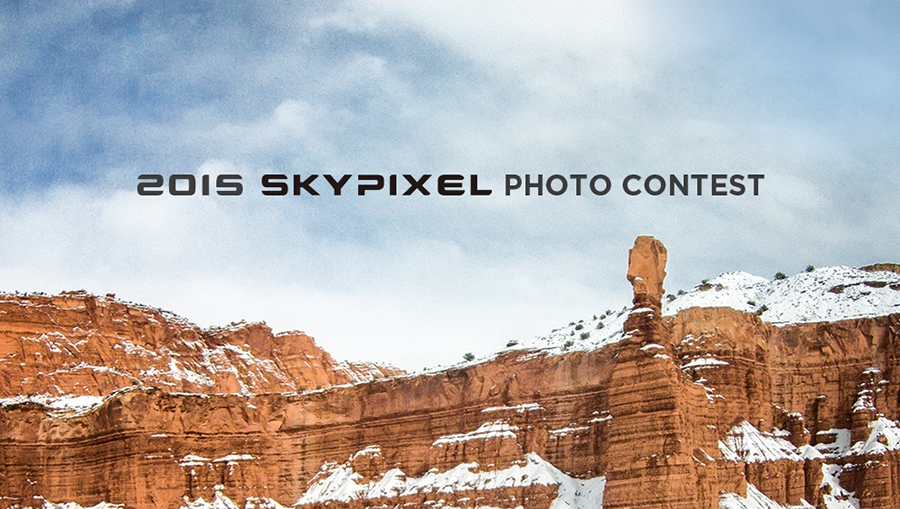 Shenzhen, October 26, 2015 – SkyPixel, the world’s most popular aerial photography community run in cooperation with DJI, announces the world’s premier drone photography competition. The 2015 SkyPixel Photo Contest accepts entries starting Monday, October 26, 2015 at 00:00 Hong Kong time (GMT+8). The contest invites both budding and professional aerial photographers to enter a selection of their best work. The competition is split into two groups, Professional and Enthusiast, each with their own awards for the following categories: Beauty, Unique Dronies, and Drones in Use, aimed at showcasing drones in the air, in addition to an overall Grand Prize. To celebrate the rise and popularity of aerial photography, the Popular Award is given to the contest’s ten most popular photos, based on number of likes received on SkyPixel. Winners will be announced on January 7, 2016.

SkyPixel users can submit their entries at the competition page: www.skypixel.com/events/photocontest

There are several prizes from DJI on offer, including the Grand Prize worth nearly USD $10,000, which includes a DJI Inspire 1 RAW, DJI’s new handheld camera system, the DJI Osmo, and sponsor prizes including a ZEISS VR ONEheadsetand a one-year subscription to Adobe Creative Cloud. For each of the three categories, DJI is giving away 3 units of the DJI Inspire 1 with Single Remote and 6 units of the DJI Phantom 3 Professional.

The competition is held to celebrate the upcoming one-year anniversary of SkyPixel, which launched in November 2014. SkyPixel has seen rapid growth since its inception and has proved particularly popular within the professional aerial community – in the last few months, SkyPixel has grown by more than 10% on a month-by-month basis, and sees thousands of aerial photos uploaded every day.

The contest invites the community to showcase the best of aerial imaging, which has grown in popularity over the last year with the increasing availability of commercial drones. The unique perspective provided by drone photography, now accessible to everyone, has offered a whole new way of looking at the world. The word ‘dronie’ – a selfie taken using a drone in flight – has also entered our common lexicon, which SkyPixel has recognised with its own category, inviting users to come up with the most unique ‘dronies’.

Sudhir Shivaram is a renowned wild-life photographer and one of the 5 most influential people within Asia’s photography industry (Asian Photography 2015 Awards).

Manish Mamtani is an award winning photographer whose work has been published in popular magazines including National Geographic, Vanity Fair, Better Photography Magazine and Digital Photo.

Greg Girard is a photographer working to record the changes taking place in China and across Asia for leading editorial and corporate clients. His photographs have appeared in publications such as Time, Newsweek, Fortune, Forbes, Elle, Paris-Match, Stern, the New York Times Magazine among others.

Matt Waite is a professor at the College of Journalism and Mass Communications at University of Nebraska, and also runs the Drone Journalism Lab.

Wang Jianjun is a famous Chinese contemporary landscape photographer and winner of the China Golden Photography Award. He is the author of multiple photography books and has hosted personal exhibitions across the world.

SkyPixel is the premier aerial photography community, home to photographers and videographers from around the world. The platform was launched in November 2014.

Osmo Pocket vs. Osmo Mobile 2: Which One Should You Buy?

What Makes Tello the Most Fun Drone Ever

In Love with Drones: Ideas for Every Couple